Anyone on Skyrizi? Either in a trial or off label? I am hearing my IBD doctor friends talking about being able to get it possibly off label.

Risankizumab is not approved for IBD, so any use of it for Crohn's will definitely be off-label. It is specific for IL-23 which puts it in the same target class as Stelara. Thus its action may also be similar to that of Stelara. 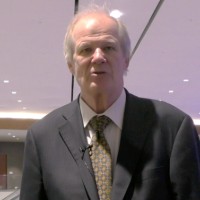 Brian Feagan, MD, shares takeaways from his ACG presentation of phase 2 data on risankizumab for the treatment of Crohn's disease.

Abstract
Introduction Adults with moderate-to-severe Crohn’s disease (CD) who responded to risankizumab (RZB) in the phase 2 induction and maintenance study (Feagan, 2017) could enroll in an open-label extension (OLE) study. Interim efficacy and safety of RZB maintenance treatment from the OLE, up to 2 years, are reported.
Methods Patients (pts) achieving clinical response (decrease from baseline [BL] in CD Activity Index [CDAI] ≥100) without remission (CDAI <150) after wk 26 or clinical response and/or remission after wk 52 of the preceding study received 180 mg s.c. RZB every 8 wks for up to 216 weeks. Pts losing clinical response or remission after completing the preceding study were re-induced with 600 mg i.v. RZB at wk 0, 4, 8. Pts received subsequent 180 mg s.c. RZB maintenance treatment only if they achieved response or remission following re-induction treatment. Ileocolonoscopy was performed yearly. Efficacy data (clinical remission and endoscopic remission [CD Endoscopic Index of Severity (CDEIS) ≤4 or CDEIS ≤2 for pts with initial isolated ileitis]) are reported up to wk 48. Non-responder imputation (NRI) was used for missing data.
Results A total of 65 pts were enrolled (including 4 who were re-induced). Mean (standard deviation) exposure to RZB was 657.2 (190.73) days. At the data cut-off, 14 (21.5%) pts have discontinued the study. Up to wk 48, clinical remission rates were sustained and the proportion of pts with endoscopic remission increased from BL (table 1). Adverse events (AEs) were reported for 58 (89.2%) pts; 18(27.7%) pts had serious AEs. AEs occurring in >10% of pts were nasopharyngitis (26.2%), fatigue (16.9%), arthralgia and worsening CD (15.4% each). Four serious infections in 5 pts were perianal abscess (n=1), Campylobacter (n=1), viral gastroenteritis (n=2), and peritonitis (n=2). No events of tuberculosis, malignancies or deaths occurred.
Conclusions In this interim analysis, clinical remission and endoscopic remission were sustained in CD pts receiving long-term RZB treatment. The safety profile of RZB was consistent with previously published data (Feagan, 2017).
Click to expand...

So only phase 3 trials now
You must log in or register to reply here.
Top