Just throwing this out there.. I've tried searching the US FDA drug database, but no luck. Caught part of an episode of TV show 'House' late last nite, and in it they 'BRIEFLY' mention a new, experimental immuno modulator that treats
both Crohn's and Rheumatoid Arthritis. Now, my source is questionable, just a
fictional TV show, but I figured that their writers are basing a lot of what they
write on real medical research & info. And, my hearing isn't what it used to be
so I may have got the name wrong.. FT 28, FD 28, FT28, F.T. - 28, etc.,etc..

I'm finding a lot of info on something called Substance P or SP being related in some way to Crohn's disease, but nothing so far about a drug related to it.

Hi Kev. I was going to do some searching too on FT 28. I also watched "House" and I am a huge fan of it. Was also wondering if there is anything good about it. Take Care
L

I was also watching house last night and heard that. I tried reserching it but couldnt find anything about it.
L

I also saw "House" last night and I was wondering about that drug as well. Curious! I researched a little bit but found nothing.
C

I have tried to find something, my daughter watches house, has all 5 seasons of DVD.
Wednesday, February 07, 2007
House: Autoimmune Me

Through another disease one-hour mystery tour, House and his ducklings waddle their way to a solid diagnosis by way of Wegener's Granulomatosis, another autoimmune disease.

Wegener's is rare and its hallmark is inflammation of small and medium-sized blood vessels, known as vasculitis. It primarily affects the upper respretory tract, lungs, and kidneys, but can involve other organs as well.

Poor Stevie, our young patient in question this week. While he tries to get lucky with a blond he is dating outside his Romani community, he turns slightly blue, ends up with House's crew, gets tested and prodded, and ends up nearly being a lab rat. And who knew toothpicks were so dangerous?

What's Romani? What testing? How can a toothpick be a weapon of mass destruction? Get the recap.

Now, back to autoimmunity. Though no one knows what causes Wegener's, it's thought to be an autoimmune disorder. And therein lies an interesting set of diseases in which the body attacks itself for reasons we don't understand.

While many of these diseases are rare, there are a few that are not so run-of-the-mill: type 1 diabetes, lupus, multiple sclerosis, and rheumatoid arthritis.

The mystery of why autoimmune diseases occur and how they affect the body, make them perfect fodder for a show like House, says Melissa Stoppler, MD, one of our medical contributors here at TV Checkup.


"I think writers may focus on autoimmune disease because this group of conditions are so variable and because autoimmune diseases can have so many difference clinical manifestations, giving the writers a lot of creative freedom."
And what of the mysterious non-FDA trials drug FT-28 drug they were pressuring young Stevie to take to help with his autoimmune disease? Dr. Stoppler says off-label drug prescriptions aren't uncommon. But they are always FDA approved drugs.

"However, doctors are not allowed to prescribe drugs that do not have FDA approval. New, not-yet-approved drugs may only be given in the context of rigidly-defined and controlled research studies known as clinical trials. To be considered for participation in a clinical trial, a patient must have met all the criteria for inclusion in the trial. For a doctor to fabricate a diagnosis in order for a patient to be entered into a clinical trial is a serious breach of ethics and constitutes malpractice."

And yet, malpractice is never the first thought in House's mind, is it?

Makes me think this isnt in our future?
A 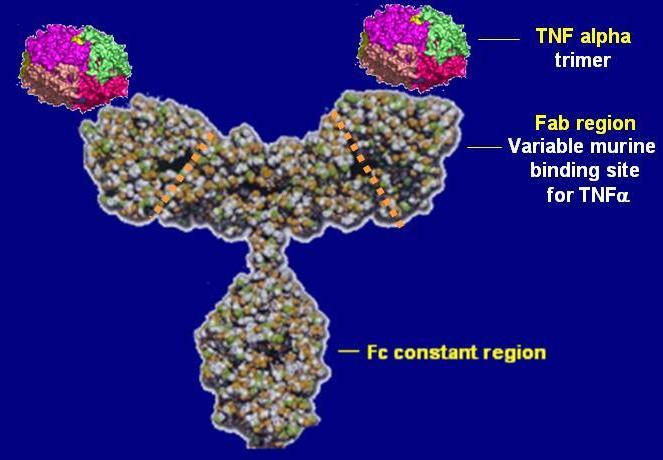 4. Advances in the treatment of Crohn's disease and ulcerative colitis
Feb. 09, 2019

6. Current IBD Drugs in CD
"Other than that, there is also infliximab, a monoclonal antibody drug which target against TNF-α which can be used in patients who are not responded to aminosalicylates, antibiotics, corticosteroids, or immunomodulators"

Autophagy is an intracellular process whereby cytoplasmic constituents are degraded within lysosomes. Autophagy functions to eliminate unwanted or damaged materials such as proteins and organelles as their accumulation would be harmful to the cellular ...

www.ncbi.nlm.nih.gov
You must log in or register to reply here.
Top